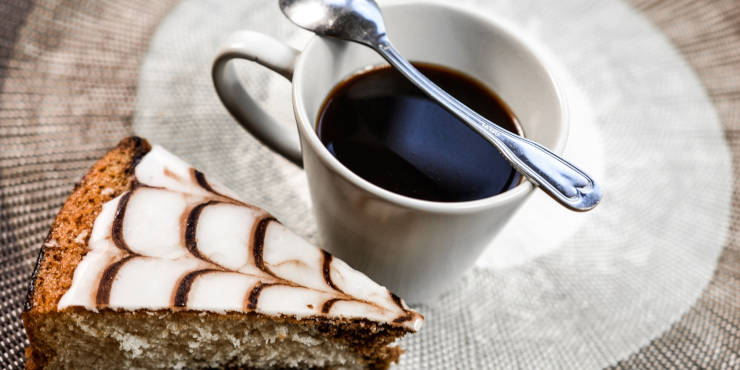 The Rise Of German Coffee Brands And How They Became Popular

Find out about German coffee brands and how Germany became a coffee-drinking nation, with its brands topping the world stage.

Coffee has a long and prestigious history.

Coffee predates the 15th century and is surrounded by a lot of legends and myths.

The earliest evidence of this beverage is from the 15th century in the Sufi monastery found in Yemen. They imported it from Ethiopia where they grow it even today.

From Yemen, it was soon spreading to Mecca. From there coffee progressed to the Middle East, South India, Persia, Turkey, and northern Africa, including its horn. All this happened during the 15th and 16th centuries.

Coffee went on to infiltrate Europe and Southern Asia. All despite the bans it met from religious leaders from the Catholic Church in Mecca and Cairo.

The Story Of German Roast Coffee

The earliest mention of coffee in Germany was by the physician and botanist Leonhard Rauwolf in 1573. He came across it in his travels in the city of Aleppo in Syria, where it was known as ‘chaube’.

The very first coffee houses were established in the North Sea ports in the 1670s. During its introduction, the English word ‘coffee’ was used.

The Germans would soon adopt the French word ‘café’ in the 1700s. However, all these were borrowed names.

It was only a matter of time before they crafted their own name as consumption increased. Because the German coffee culture was expanding so rapidly, they adapted the spelling to ‘kaffee’ to make it their own.

This better suited them and is the name they still use today.

By the 18th century, coffee had become so popular the ruling class adopted it wholeheartedly. These developments would see it served at the court of the Great Elector Frederick William of Brandenburg.

In Berlin, the citizens only enjoyed the brew in their homes. This changed in 1721 when the first public coffee house opened.

With the growth of more and more coffee establishments, coffee was now being sold to everyone in the capital.

Coffee continued to receive much praise. Even the composer, Johann Sebastian Bach, took note of the beverage.

Despite all the praise coffee received, it still met much resistance from the authorities.

In the 19th century, the king of Prussia limited the consumption of coffee. He even went on to completely ban it.

This was to some extent attributed to the complaints from the beer brewers. People were now consuming more coffee, and beer sales were dropping.

All possession and consumption of coffee were banned. But this would change after Fredrich II died at the turn of the century.

After his death, the ban was lifted. Coffee slowly increased its reach and eventually became so widespread that people would enjoy the brew at any gathering.

Drinking coffee is a long-held German tradition and it shows considering how much is drunk on a daily basis.

As a nation, they are the largest coffee consumers. An average adult consumes an average of 5 cups of coffee every single day.

This is a staggering number.

Compare this to the 3.5 cups per adult in the United States of America, and the 3 cups per day drunk by Italians.

Coffee has a long and rich history, and it has become ingrained in German culture and lifestyle.

Let us look at some of the most well-known and popular German coffee brands on the market today.

The brand came to life in 1895 by Johann Jacobs. Today, this company is exporting all over the world.

The expansion of this company mainly happened in the 1970s.

This is possibly at the top of the list of best German coffee brands and one of the most well-known internationally.

One of the oldest companies, Melitta produces a variety of products. Not only do they produce coffee but they also produce coffee filters. The company was founded in 1908 and has grown tremendously since then.

Tchibo is a chain of retailers founded in 1949 with more than 1000 shops. It was founded by Carl Tchilinghiryan and Max Herz. The name Tchibo is an abbreviation for Tchiling ang Bohnen coffee beans.

This coffee brand was founded in Brehm back in 1906. It was founded by Ludwig Roselius who helped develop the first commercial decaffeination process.

What Coffee Styles Are Popular In Germany?

Most countrymen drink drip-filtered coffee, and they prefer to drink it black. The strong espresso definitely comes second as a daily preference.

As a nation, they like a mild flavor. Therefore a mild roast is most commonly used when brewing a German kaffee.

The German roast is much milder than the Austrian, French, or Italian roasts and is reflected in most German coffee brands that you buy.

Perhaps that is why they drink so much of it.

The consumers of coffee in Germany prefer Arabica coffee beans, which is no surprise. The flavor surpasses most other coffee beans.

The country does not have a climate suitable to grow this delicate coffee bean. For this reason, they do not grow coffee on a large scale, if at all.

Therefore the country imports all of its beans and has a huge industry in just roasting.

German roast coffee is sought after the world over.

The roasting of coffee brings out all the aroma and flavors inside the coffee seed.

Before roasting, the coffee seed has a mild and grassy taste. Definitely not as enjoyable as what you get after roasting.

The method used to roast the bean also plays a significant role in the flavor.

The Germans prefer medium roast beans as it has the most flavor but is not bitter. This quality is reflected in most German coffee brands.

We will describe the different coffee roasts below:

A light roast is also known as the “first crack” as the beans are in their initial stage of cracking and expansion. The beans should not give a hint that they were roasted and are usually more acidic.

The surface of the bean is not oily after this roast and has a light brown color. A light roast is intended for mild coffee types.

This is the most widely preferred roasting type as it strikes a balance between aroma, acidity, and flavor. Medium roasted beans have a stronger smell and a medium brown color without the oil on the surface.

In this type of roast, you will see some oil on the surface of the beans. Because they are roasted longer the acidity has disappeared.

As the acidity has been eliminated all the aroma and flavor of the beans come to the fore.

Better known as a dark roast, this style of roast leaves the beans shiny as the oils have been released. It also creates the most bitter roast.

Germany is actually the largest roaster in the world. They import large quantities, and as much as they love their coffee, they cannot consume all their imports.

As a result, they re-export all over the world.

What Is German Coffee And How To Make It

A simple drip coffee, which is made the world over, is the Germans’ favorite method.

The main difference is the type of roast that is used. A mild roast is used that is not too strong or bitter, but is full of flavor.

75% – 80% of all households have filter coffee machines. Or else they make use of the filter when using manual methods of steeping their brew.

They have also developed their own way of preparing more exotic coffees – all using famous German coffee brands.

These coffee styles do not only warm you up in the winter cold but have variations to cool you off on hot summer days too.

There are 3 main types of German coffee drinks:

Let’s find out how to make German coffee the way they do it!

This is the classic coffee that defines Deutsche coffee culture. It has evolved over the years since the invention of the coffee filter.

A Café Crème is essentially a longer espresso.

It requires a coarser grind to obtain the correct filtration with the extraction process the same as espresso.

The extraction time stays the same at approximately 25-30 seconds, with the coarse grind allowing for a greater volume of coffee. This produces a long espresso, with a crema topping.

If you order this coffee in a German coffee shop it will be served in a cappuccino cup a little larger than the one you will find in countries like Italy.

The Germans are classic and unique when it comes to their coffee. But they have created some wonderful exotic coffee drinks.

You can expect some alcohol in your drink if you order a cup of Pharisaer. This combination of rum, cocoa, and whipped cream in a cup of coffee dates to the times of Gustav Beyer.

Gustav was a Protestant preacher who thought his parishioners drank too much alcohol. During a festival, the revelers put alcohol into their coffee with whipped cream on top to hide the odor of the rum spirit.

On serving the preacher his coffee, the rum was omitted to which he exclaimed loudly, “Ihr Pharisäer!”. This means “Pharisees!”.

Hence the name of the coffee.

This coffee is prepared with a special type of filter coffee machine with a funnel-shaped filter connected to a jug. The ground coffee is then placed in a paper filter over which boiling water is poured.

To make, simply pour the coffee into a cup, add sugar and rum. Decorate with fresh whipped cream and bitter cocoa powder.

This brew has a uniquely exquisite taste and is also brewed in other regions in Austria.

This is the best coffee to have on a hot summer day.

You now have a glass of Eiskaffee ready to mesmerize your taste buds.

This is the name given to coffee afternoons when a group of people would enjoy a coffee break, usually accompanied by cake. During these gatherings, different topics are discussed, most of which are gossip.

Even today gossip dominates at a Kaffeeklatsch.

As the second-largest importer of coffee in the world, it is no secret that the Germans are very fond of coffee, so coffee gatherings are extremely common.

In the early 20th century a lady by the name of Melitta Bentz created the world’s first coffee filter. She was driven by the unsavory coffee dregs in the bottom of her drink.

Obviously, no one else enjoyed the dregs either, and her filters became a best seller.

The first machine was known as the Wigomat and was invented by Gottlob Widmann. He had grown tired of bitter coffee and decided to focus on the key to a tasty brew – temperature.

Some Simple Phrases To Order Coffee In Germany

The below are very basic but at least you will be able to get a cup of black coffee or a kaffee.

Then order your drink:
Einen Kaffee, bitte – A coffee, please

When you have your order:
Danke – Thank you

Germans are the number one consumer of the beverage worldwide, surpassing even those who cultivate the berries in their own back yards.

From basic black coffee to delicious, rich recipes, the German people have embraced coffee into their culture.

They are not only fond of coffee but have evolved to make a lot of money from their popular German coffee brands all over the world.

On top of that, Germany has made the greatest contribution to coffee in world history. Some of the improvements include the coffee filter and the development of decaf, both of which are a staple of coffee today. 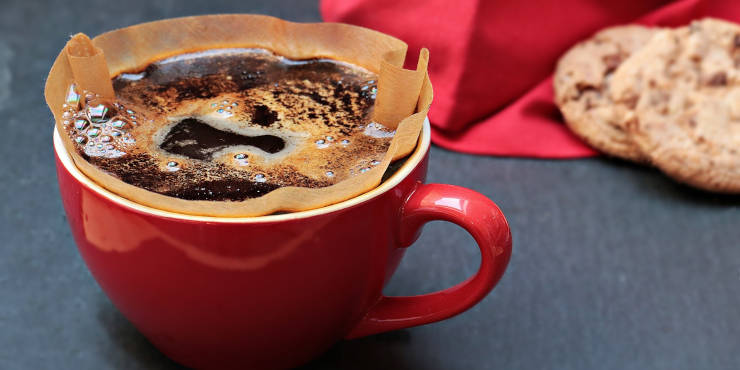 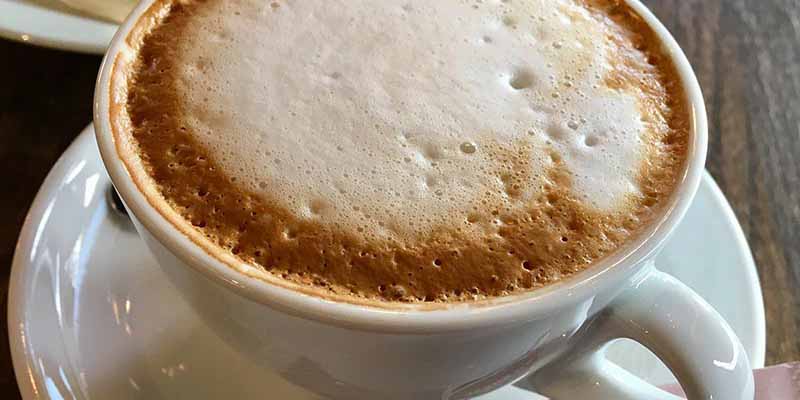 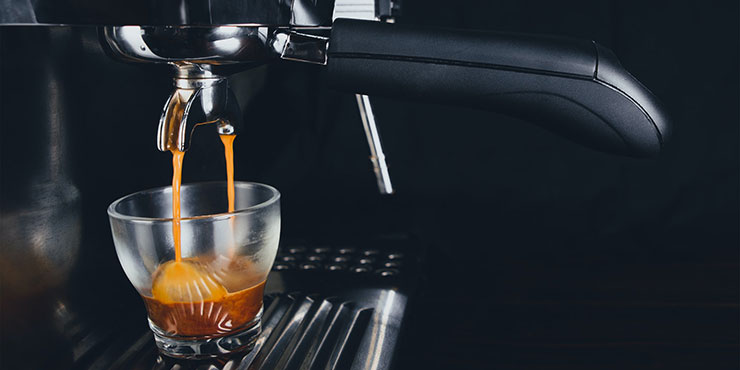 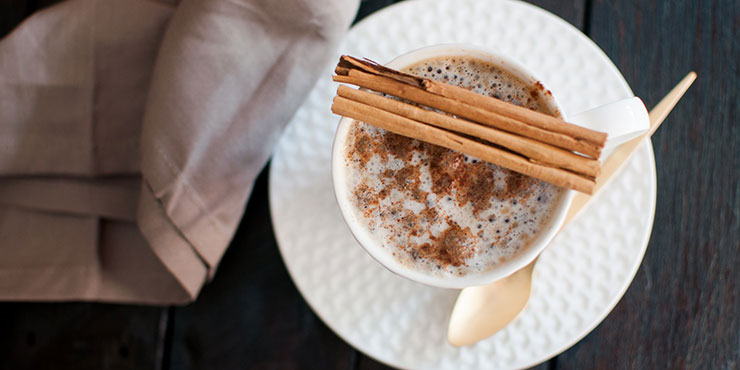 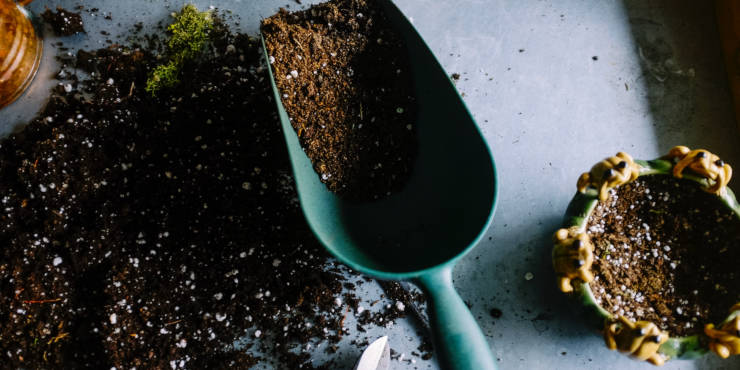